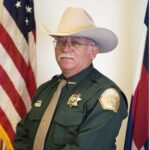 Megan’s law is named after 7-year-old Megan Kanka, a New Jersey girl who was raped and killed by a known child molester who moved across the street from the family without their knowledge. Megan’s law authorizes law enforcement to release to the public information about registered sex offenders. The law is not intended to punish the offender. The information provided through this web site is public record. It is made available for the purpose of protecting the public. The accuracy of the records cannot be guaranteed. Montezuma County Deputies verify the addresses of registered sex offenders. Offenders may have moved and not yet notified or failed to notify law enforcement. This registry includes only those persons convicted of certain acts of unlawful sexual behavior since July 1, 1991, and who are in compliance with sex offender registration laws. Persons should not rely solely on the sex offender registry as a safeguard against perpetrators in their communities.

Facts about sex offenders:
Most sexual assaults are committed by someone the victim knows. A stranger does not pose the highest risk to you. 80-95% of sex offenders are known to their victims and include relatives, friends, and authority figures.

Less that 16% of sex crimes are reported to the police Most convicted sex offenders are supervised and managed by community supervision teams consisting of criminal justice officers (probation, parole, community corrections staff), polygraph examiners, and treatment providers. While sex offenders cannot be cured, it is believed that some can be managed.

C.R.S. § 16-22-112(1) prohibits sex offender registry information to be used to inflict retribution or additional punishment upon the registrant.